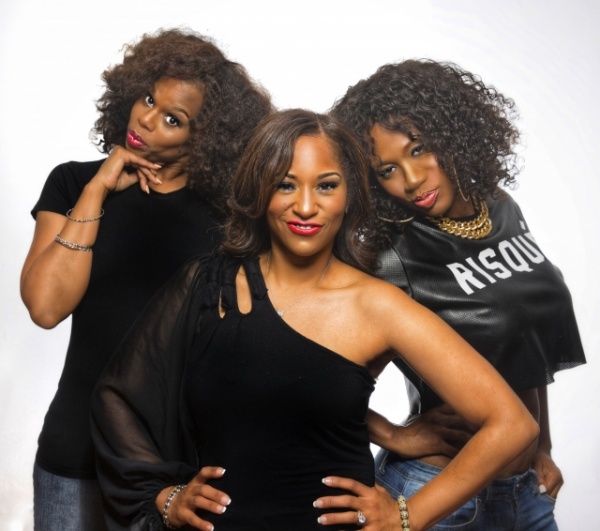 Date Posted: Tuesday, October 13th, 2015
Although rap and pop music generally rule the airwaves these days, there are a select few who are adamant about keeping the tunes of the ’70s and ’80s alive. The daughters of three iconic figures in soul and disco music — James Brown, Isaac Hayes, and Millie Jackson — have taken this responsibility into their own hands.

Yamma Brown, Heather Hayes, and Keisha Jackson have joined forces to host “Soul Sisters,” a program on Dash Radio where the ladies discuss current events, global issues, and their personal stories growing up as soul music royalty. Nostalgic songs from the era of their parents’ peak are also sprinkled into the show.

We spoke with the Soul Sisters about what to expect from their dynamic new show, which airs every Thursday at 5-7 p.m. EST.

How did you get involved in hosting “Soul Sisters” show?

Keisha Jackson (daughter of Millie Jackson): We’ve already known each other, some longer than others. This is the brainchild of Isaac Hayes III. He approached all of us and said this was an opportunity he felt we should take advantage of, and I just thought it was an awesome idea, and I was on board because I already knew the ladies and loved them.

Yamma Brown (daughter of James Brown): It was Isaac that brought us together through Heather, and just like Keisha said, some of us have known each other longer than others, but we have this mutual interest being daughters of soul singers.

Heather Hayes (daughter of Isaac Hayes): My brother is Isaac Hayes III. It kind of started when he was approached about having a station on the new online radio format, Dash Radio. A DJ out of L.A. started it, and it’s only a year old. They had a station, but they wanted it to be taken over, so we took it over and we made sure some really good soul music was on it. Once they had a certain amount of stations up, they requested that it have content, meaning shows. We have similar backgrounds, and we’re friends of one another. We have a lot in common in some ways, and Isaac said it would be really cool, because we have a very particular outlook on soul music.

Keisha, what can we expect from the show?

Keisha: It’s hilarious. We’re talking about current events. We’re talking about our personal stories as it relates to current events [and] some instances in our past. We pretty much say whatever we want to. We have certain topics to discuss and we do that freely. We don’t really censor ourselves. We have very different dynamics and sometimes, very different outlooks on certain things, so that’s what makes the show well rounded and just hilarious from a Black women’s perspective [and] from a soulful perspective.

Yamma: I’ve implemented a health segment because I have a background in pharmacy. I’m interested in that and making sure our community stays informed. It’s not so much because I have the background, we’ll all have something to say about it. We all have our input. It’s equal and organic. We can take a topic, dissect it, talk about it, and come from different angles; it’s really cool, especially when we can relate it back to music.

Heather: Someone posted something online about the show, which I thought this is exactly what we were going for, even though we probably didn’t know it. She said that she felt like she was sitting on the couch talking to her girlfriends. I think [that is] because it is very organic, we are friends, we all are entitled to our opinions and our viewpoints, and it’s funny and honest. It’s a funny, smart show, and that to me is what makes it unique, especially when it’s three African-American women coming from that particular standpoint, because a lot of times, we don’t have outlets where it’s just our viewpoints about what’s going on in the world, so it will definitely resonate with young Black women. We talk about serious issues like health, racism, sexism or parenting, but it all kind of comes back to music.

Do you only play older soul music from your parents’ era?

Keisha: We don’t really play newer music. We don’t get into the 90s and the 2000s. We go as far as the mid 80s, because we really want to pay homage to the music our parents did. We want people to remember that era because, to be honest with you, that’s where most of [today’s] music comes from anyway. It’s all rooted in that music. I would prefer to play the original than the sample.

Your radio show is online on Dash Radio. Is there an app?

Keisha: You can download the Dash Radio app on your phone, and the station is [called] Pure Soul Power by Isaac Hayes. It’s a free app.

Will you be interviewing guests?