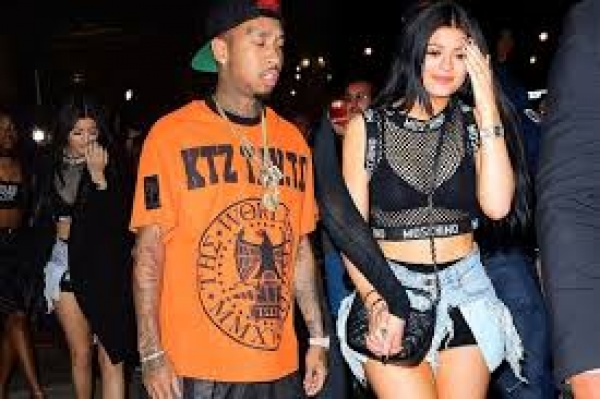 Date Posted: Wednesday, August 26th, 2015
Tyga’s relationship with the former underage reality star Kylie Jenner has always rubbed a number of fans the wrong way, but now reports are claiming that he’s offended Jenner’s family over some raunchy lyrics that he allegedly wrote about sleeping with the teenager.

Although Tyga never mentions Jenner, who just recently turned 18, in the song, many online fans assume he’s rapping about her. And according to RadarOnline.com, the Kardashian family is “disgusted” by the song.

“This is just so disgusting that the Kardashian family cannot even believe Tyga went there,” a source said.

“He was doing so well and getting along great with Kylie’s sisters and parents and now he just lost huge brownie points because he completely disrespected her.”

The source also discussed Tyga’s reported new deal to appear semi-regularly as Jenner’s love interest on “Keeping Up With the Kardashians,” saying that the family expected him to remain quiet about the romance.

“Tyga knows not to discuss Kylie with anyone and then he goes and writes a song about having###with her,” the source says, adding, “It is just absolutely repulsive!”

None of the Kardashian family members have confirmed the report, but reportedly Jenner is happy about the song.