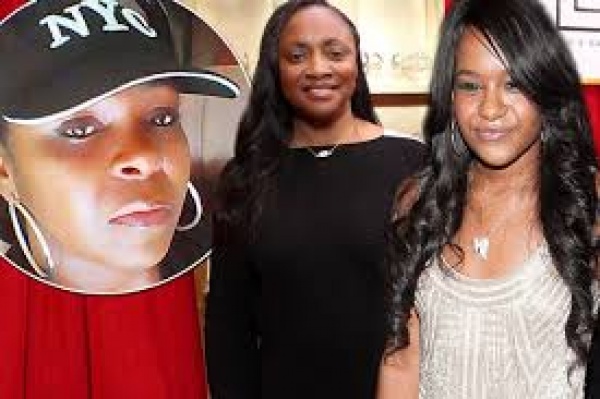 Date Posted: Thursday, July 30th, 2015
Bobbi Kristina Brown’s aunt Leolah Brown slammed Pat Houston for asking the public to donate money to her foundation on behalf of their niece, who died Sunday after remaining in an unresponsive state for nearly six months. The feud between the Browns and the Houstons continues even after the tragedy struck the two families.

“The Brown family has just learned that Marion Patricia Houston, AKA: Pat Houston, is asking for the public to send money to her foundation (The Marion P Foundation) on behalf of my niece Bobbi Kristina,” Leolah wrote on her Facebook page on Wednesday. “She has not even sat down & spoken to my brother Bobby, who is Bobbi Kristina's father, about this.”

Leolah accused Pat of using Bobbi Kristina’s name to amass money for "her personal gain," claiming: "There is much evil hidden behind this foundation."

“PLEASE keep your money in your pockets and give absolutely NOTHING to the Marion P foundation. Unless you don't mind supporting such an evil and dirty foundation. Lastly, keep your eyes & ears open as THE TRUTH is being revealed! God is in control today,” Leolah wrote. She also criticized Pat’s foundation, saying that “there is evidence of serious issues with it.”

The two families have been feuding since Bobbi Kristina was hospitalized after being found unconscious in a bathtub at her Atlanta home on Jan. 31. The Browns and the Houstons are now arguing over the 22-year-old’s funeral arrangements.

“Both sides [of the family] are still not happy and on the same page," a source told People magazine. "There is a lot going on behind the scenes. There is a lot to do in a very short time." Another source reportedly said: "Things are constantly changing."

Authorities are trying to determine what happened on the January night that left Bobbi Kristina in a medically induced coma for months, eventually leading to her death. Police are also reportedly investigating her boyfriend Nick Gordon. Meanwhile, Bobbi Kristina's family also filed a lawsuit against Gordon, accusing him of abusing the aspiring actress and stealing her money.

On Tuesday, Bobbi Kristina's cousin Jerod Brown also took to his Facebook page to remember the aspiring actress, calling her his "soldier."

I don't know what to say about all of this, to be honest I'm so###numb to it all. We had so many plans and it really bothers my spirit that you left here without accomplishing what you was reaching for. To be honest, though you say I inspired you in so many ways, I don't believe u knew how much you touched my heart while you were here. Damn Krissi...I never believed this day would come where we would have to let you go. You fly high love one, and look down on us all. What hurts the most is that this trip you had to take alone, a trip we all have to take alone. I vow to never let anything blind me from preparing to also take that trip. I'm going to miss you dearly sis, I'm really going to miss you Krissi. Stay Charged my SOLDIER!