Prince Left No Will, Setting The Stage For Ugly Battles 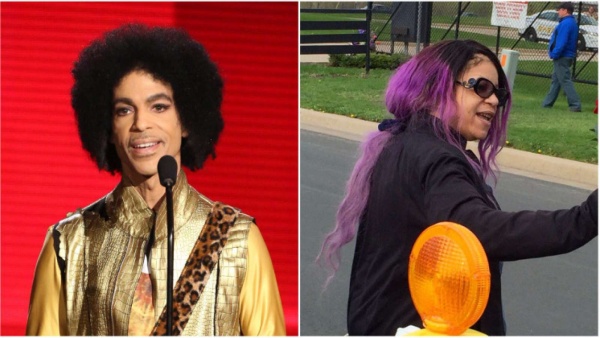 Prince left no will, according to documents filed Tuesday by his sister, Tyka Nelson, in probate court for Carver County, Minn., where the beloved pop icon died suddenly last week at his Paisley Parkcompound.

"The Decedent died intestate," Nelson said in her petition for the appointment of a special administrator to deal with Prince's estate, which has been widely reported to be valued at $300 million.

Nelson said her brother left no surviving spouse, no children and no parents.  Besides Nelson, his full sister, he is survived by half-brothers and half-sisters, whom Nelson names in her petition as "interested parties" to the Prince estate to her knowledge thus far.

The adult half-siblings are: John Nelson, Norrine Nelson, Sharon Nelson, Alfred Jackson and Omar Baker. She also listed another half-sister, Lorna Nelson, who has died and did not have children.

There was at least one other sibling identified as a stepbrother, Duane Nelson, who also has died, but Tyka Nelson did not list him as an interested party.

"I do not know of the existence of a Will and have no reason to believe that the Decedent executed testamentary documents in any form," Tyka Nelson stated in the petition.

It's possible there is a will and Nelson doesn't know about it, but no one has come forward yet to say so. Calls to the office of Prince's longtime attorney, L. Londell McMillan, were not answered.

When someone dies intestate, without a will, a probate court takes over the administration of the decedent's estate and distribution of assets, which Nelson listed as "Homestead, other real estate, cash, securities and Other."

Her petition said Prince had "substantial assets consisting of personal and real property that requires protection." He "owned and controlled business interests that require ongoing management and supervision." And he "has heirs whose identities and addresses need to be determined."

She said "an emergency exists to the extent that the appointment should be made without notice because immediate action and decisions need to be made to continue the ongoing management and supervision of Decedent's business interests; and because the names and addresses of all interested parties are currently unknown."

She named Bremer Bank, National Association, as Prince's longtime banker, which would be in "the best position of any corporate trust company to protect the Decedent's assets pending the appointment" of an executor.

According to estate lawyers contacted by USA TODAY, when there is no will, state laws on inheritance prevail. In Minnesota, for instance, half-siblings are treated the same as full siblings for the purposes of inheritance.

Nelson's filings on Tuesday come as a surprise.

Estate lawyers and Prince's former manager, Owen Husney, said they would have expected Prince to have drawn up a will and an estate plan long ago.

Husney said he was too smart to have overlooked something that crucial and he had teams of lawyers, business managers and accountants over the years who would have advised him it was crucial.

"It's astonishing, absolutely astonishing that he did not have a will," says Jerry Reisman, an estate lawyer on Long Island who's been following the case. He predicted trouble ahead.

"You're going to have 'siblings' coming out of the woodwork alleging they are siblings," he said. "Everyone is going to be fighting over this estate. Let this be a lesson to everyone: People should run out and make their will."

Prince was 57 when he died, alone in an elevator at Paisley Park, on April 21. The cause of death is still undetermined and it may be weeks before it is known.